ホーム > 業界情報 > Star Semiconductor, the country's largest, still has a large gap in the market size of IGBTs from Infineon.

Star Semiconductor, the country's largest, still has a large gap in the market size of IGBTs from Infineon.

1. The status quo and development trend of the IGBT industry

IGBT is a power semiconductor discrete device that was born in the 1980s and entered industrial applications late. Although it currently accounts for a small share of the overall power semiconductor discrete device market, it represents the future development direction and the market scale is growing rapidly. According to a report by market research agency Yole, the global IGBT market will continue to maintain a steady growth momentum in the next few years, and the market size will reach US$6 billion by 2018. 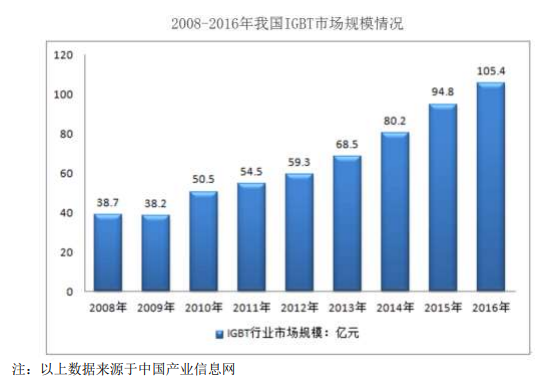 At present, the domestic and foreign IGBT market is still mainly occupied by foreign companies. Although the demand for IGBT market in China is growing rapidly, due to the lack of relevant domestic talents and weak technological foundation, domestic companies started late in industrialization. IGBT modules are still almost entirely dependent on imports. Occupied by European, Japanese and American companies. At the same time, since the supply of chips for domestic companies is mainly from abroad, which is highly restrictive, their development is relatively slow.

As the global manufacturing industry shifts to China, China has gradually become the world's largest IGBT market, and the demand for IGBT localization is urgent. Attracted by market demand, a group of overseas Chinese with IGBT-related experience returned to China to join the IGBT industry. At the same time, a large amount of national funds flowed into the IGBT industry. my country's IGBT industrialization level has improved to a certain extent, and some enterprises have achieved mass production.

Jiaxing Star Semiconductor Co., Ltd. was established in April 2005. It is a national high-tech enterprise specializing in R&D, production and sales of power semiconductor chips and modules, especially IGBT chips and modules. The company is headquartered in Jiaxing, Zhejiang, covering an area of 106 acres. It has subsidiaries in Shanghai and Europe, and has R&D centers in China and Europe. It is currently a leader in the domestic IGBT field.

The main business of Star Semiconductor is the design, development and production of power semiconductor chips and modules based on IGBTs, and sales are realized in the form of IGBT modules. The core of the IGBT module is the IGBT chip and the fast recovery diode chip. The IGBT chip and fast recovery diode chip independently developed and designed by the company are one of the company's core competitiveness.

According to IHSMarkit's 2018 report data, in the global market share ranking of IGBT module suppliers in 2018, Sida shares ranked 8th, ranked 1st among Chinese companies, and became the only Chinese company among the top ten in the world. The specific situation is shown in the figure below: 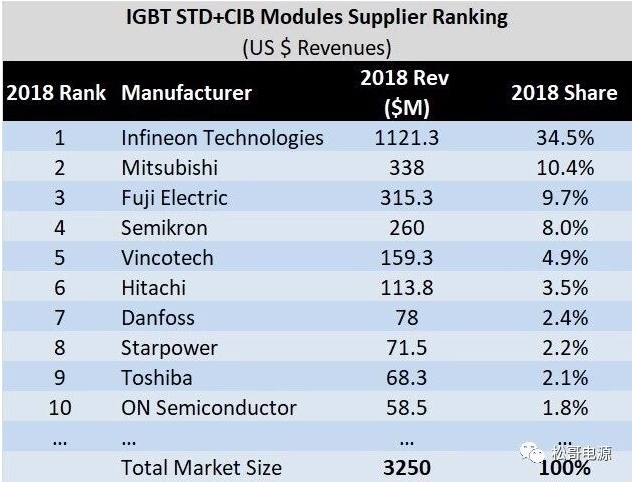 Star Semiconductor has a complete range of IGBT modules, which are widely used in many fields such as industrial control and automation, new energy vehicles, motor energy saving, solar power generation, and wind power generation. The details of the company's main IGBT module products are as follows: 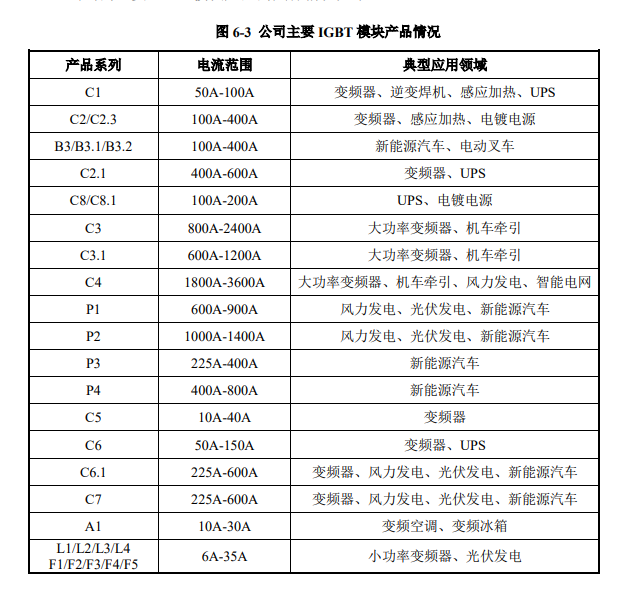 Taking new energy vehicles as an example, the core technology that distinguishes new energy vehicles from traditional vehicles is the "three-electric" system, which mainly refers to motors, batteries, and electronic control. The main function of the electronic control system in the "three electrics" is to receive instructions from the vehicle controller, and then to control the speed and torque of the drive motor to control the movement of the vehicle. In addition, in the braking phase, the motor controller is responsible for recovering the feedback energy of the driving motor and storing it in the power battery to improve energy efficiency.

The IGBT module is the core component of the electronic control system, which is responsible for the function of converting the DC power of the power battery into the AC variable frequency power required to drive the motor in the electronic control system. The IGBT module determines the power conversion efficiency of the entire vehicle. In addition to IGBT modules, the company also produces and supplies silicon carbide modules.

As the only domestic IGBT module manufacturer that has entered the top ten ranks in the world, Star Semiconductor has not only a deep accumulation on the module side, but has gradually gained recognition from mainstream customers such as industry, automobiles, and inverter home appliances. The replacement rate of independently designed tape-out chips has also risen rapidly, becoming a A global power semiconductor manufacturer with chip and module capabilities.