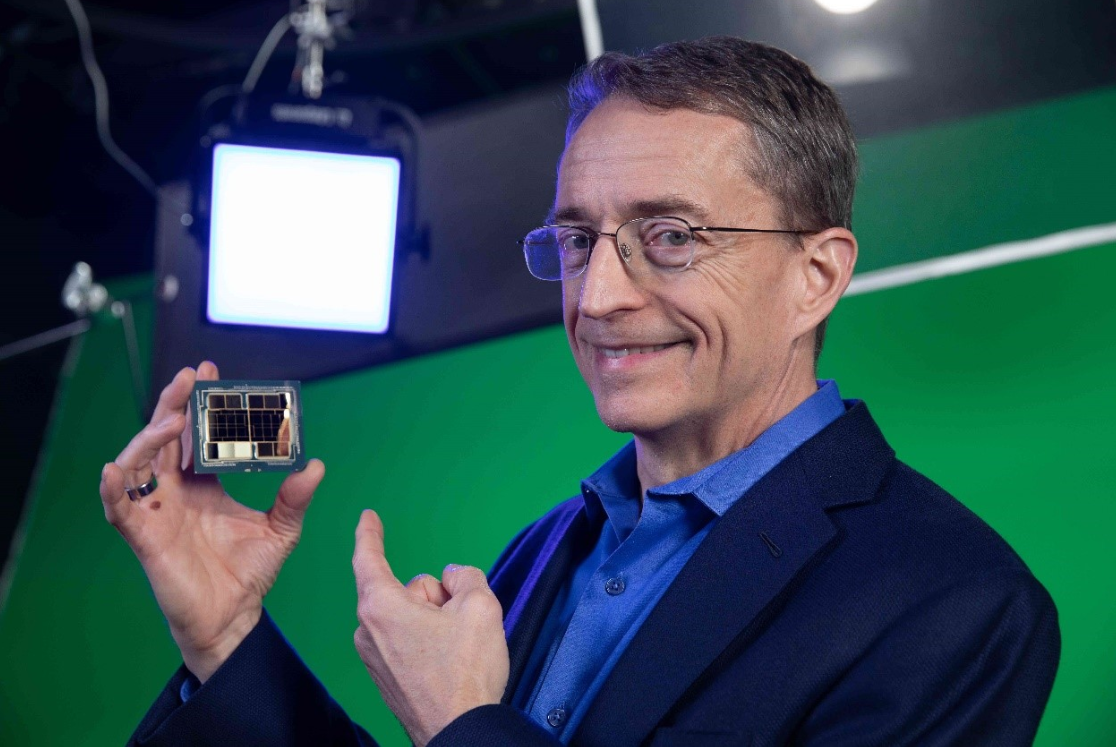 From 5 am to 6 am on March 24, Intel CEO Pat Gelsinger, who took office as a new official, lit three fires in his first public speech. These include investing 20 billion US dollars to set up two new factories in Arizona, deepening cooperation with third-party foundries, and developing their own foundry business IntelFoundry Services.

The most important news in this public speech is Intel's own foundry business IntelFoundry Services (IFS). Intel has announced the opening of two new factories in Arizona, USA. This $20 billion investment will also be used to support its foundry. business. The Fab42, a factory built by Intel in Arizona, has been used in the latest process technology to produce Intel's 10nm products. 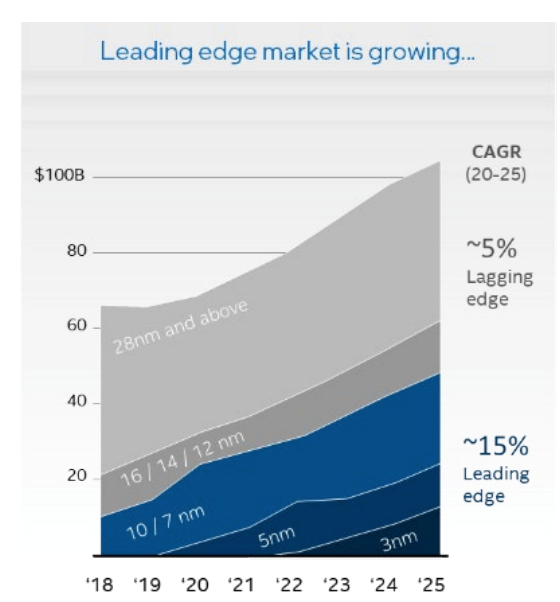 The semiconductor foundry market will reach $10 billion in 2025/Intel

The semiconductor manufacturing industry in the United States is indeed in urgent need of companies with breakthrough process capabilities such as Intel. The Semiconductor Incentive Measures Act passed by the United States earlier this year also required the Department of Commerce to provide $3 billion in federal funding for each project. Intel said the investment will create more than 3,000 permanent high-tech and high-paying jobs, more than 3,000 construction jobs and 15,000 long-term local jobs in Arizona. Thereby contributing 58,600 direct and employment opportunities, with a GDP of 8.6 billion US dollars.

Intel's first foundry business will be located in the Ocotillo campus in Arizona, and construction of two new plants will begin this year. The business will be led by Intel Senior Vice President Randhir Thakur and will report directly to Gelsinger. The foundry business will use the latest manufacturing process and 2D/3D packaging technology to provide production capacity for customers in the United States and Europe, thereby serving customers around the world. Intel's foundry business also provides its customers with world-class IP, including IP under the x86, ARM and RISC-V ecosystem.

IFS will also further open up design and IP cooperation, such as investing in the development of industry standard PDK models, simplifying design rules, and strengthening cooperation with EDA vendors.

At the same time, companies such as Qualcomm, Microsoft, IBM, Synopsys and SiFive have all expressed positive views on Intel's foundry business, and are optimistic about the new American foundry and Intel's open business model in foundry.

In addition to its own foundry business, Intel will also deepen cooperation with third-party foundries to provide support for Intel's existing technologies, including communication connections, graphics and chipsets. PatGelsinger especially mentioned the strengthening of cooperation with TSMC, and mentioned that third-party foundries will provide them with advanced process technology and produce a series of unit modules, including the customer and data center products that Intel will launch in 2023. However, Intel did not specify which process node of TSMC will be used.

Intel claims that this provides Intel with greater flexibility and can optimize Intel's roadmap in terms of cost, performance, and supply and demand arrangements, giving them a unique competitive advantage. From this point of view, Intel's third-party foundry cooperation model may be similar to AMD, using GLOBALFOUNDRIES and TSMC's different node processes in the chip at the same time.

The 7nm computing unit will enter the end of design in the second quarter of this year.

PatGelsinger finally announced the new progress of 7nm at this meeting, saying that development is progressing well with the support of increasing the use of EUV lithography machines and simplifying the process flow. It is expected that the 7nm customer CPU (code-named "MeteorLake") will enter the tapein stage in the second quarter of this year.

It is worth mentioning that, despite entering the final stage of the design, Intel has not planned the original roadmap in advance, and MeteorLake will still be used for high-volume customer-level products in 2023. In addition, the data center CPUGraniteRapids and customer CPUMeteorLake launched in 2023 will use Intel's 7nm process technology.

In addition, PatGelsinger also mentioned that starting from the third quarter of this year, most Intel customer-level CPUs will use the 10nm process and use SuperFin technology. The SapphireRapids processor has also entered the customer test phase, and it is expected to start production at the end of this year, and increase mass production in the second half of 2022.

PatGelsinger also proposed the cooperation with IBM in this speech to carry out research on semiconductor technology and create the next generation of logic and packaging technology. This cooperation is mainly carried out in Hillsboro, Oregon and Albany, New York to strengthen the competitiveness of the US semiconductor industry.